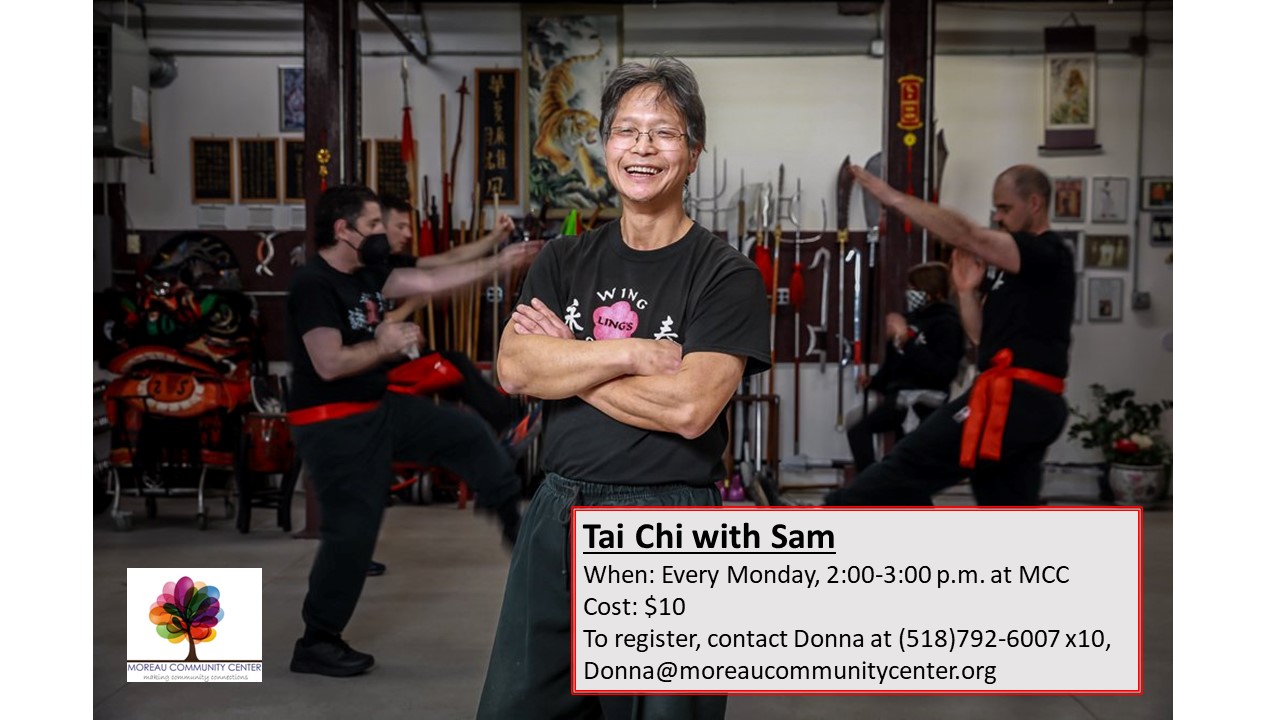 UPDATE: Starting in February through March, Tai Chi with Sam will begin at 1:30.

Born in Hong Kong, Sifu Sam Ling immigrated to the United States in 1974 with the family, settling in South Colonie, Albany. As a youngster, Sifu Sam had a great interest in kung fu and would always practice with his friends who had formal kung fu training.

Sam says, “Tai Chi is a very low impact form of exercise. It is not strenuous to the joints or muscles. Tai Chi is especially great for senior citizens.

Tai Chi is soft and graceful to watch, and there are many styles of Tai Chi. The most popular styles are Yang, Chen, Wu, Sun. We teach the Yang-style Tai Chi form which is standardized by the Chinese government. We teach the Yang style for health reasons only. We will, however, illustrate the meaning behind each of the movements.”

Call the Center for more information, or just stop by and meet Sam.